David Goffin and Roger Federer meet in the final of the 2019 tennis Halle Open.

In the eighth meeting of a rivalry that Roger Federer has for the most part dominated, the great Swiss will face David Goffin of Belgium for the Halle Open title. Federer is aiming for his tenth title in Saxony-Anhalt and his third of the season after successes at the Dubai Tennis Championships and the Miami Open. Goffin, meanwhile, hasn’t contested a tour-level final since losing to Grigor Dimitrov at the season-ending championships in 2017. But he has recovered his winning touch of late and will have high hopes of winning a second ATP 500. Who will come out on top?

Federer comes into this match with a healthy 7-1 lead in their head-to-head. But Goffin has given him trouble in the past. In 2012 in the fourth round at Roland Garros, Goffin produced a battling display in a four-set loss to Federer having won the first. But that was the first of six straight wins for Federer, including a 7-6 6-1 win in the Halle Open quarterfinals in 2016. Goffin had a measure of revenge for those defeats in 2017 at the World Tour Finals, where he beat Federer 2-6 6-3 6-4 in the semis. It was Federer who won their last match, however, when Goffin withdrew trailing 6-7 1-1 in Cincinnati last season.

Path to the Halle Open final

Federer, the top seed in Halle, began his campaign with a 7-6 6-3 win over John Millman of Australia, who had stunned him last season in the US Open quarterfinals. However, he was pushed hard by Jo-Wilfried Tsonga in the second round, scraping into the last eight a 7-6 4-6 7-5 winner and he was again taken the distance there by Roberto Bautista Agut. But he just edged the Spaniard 6-3 4-6 6-4 before dismissing the Frenchman Pierre-Hugues Herbert 6-3 6-3, losing just five points behind his serve. 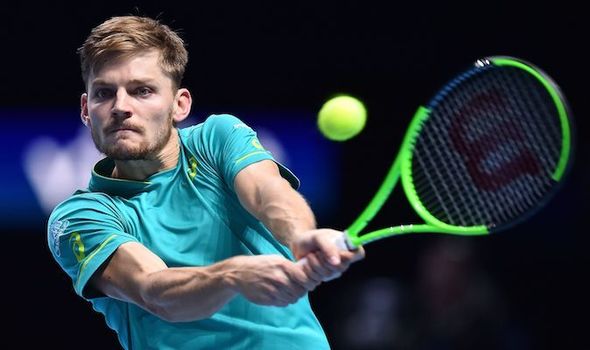 Goffin, unseeded, opened his Halle Open by demolishing the eighth-seeded Guido Pella 6-1 6-1. He backed that up by rallying past Radu Albot, 4-6 6-4 6-3 to reach his second-straight quarterfinal. There he ousted second seed and top-ranked German Alexander Zverev, again coming from a set down, to book his place in the semifinals, where the in-form Matteo Berrettini waited. The Italian was riding an eight-match winning streak, but Goffin delivered a superb performance to halt his challenge with a 7-6 6-3 win.